Richard Stockton was a lawyer, jurist, legislator, and a signer of the Declaration of Independence from New Jersey. He was born and lived in Princeton from 1730-1781. In 1776, Stockton was elected to the Second Continental Congress. As a member of Congress, Stockton signed the Declaration of Independence as a delegate from New Jersey. On November 30, 1776, Stockton and a friend were captured by Loyalists and marched to Perth Amboy where they were turned over to the British. Soon after, Stockton was sent to Provost Prison in New York City, where he was intentionally starved and subject to freezing weather. After five weeks of torture, Stockton was released from prison on parole. He was forced to sign a parole document with General William Howe as a condition of his release. This parole document stated that Stockton would not meddle in the affairs of the war.

Stockton's estate Morven, and property were seized and destroyed by the British in the early years of the war. Following his parole, Stockton resigned from Congress and returned to Morven. He attempted to earn a living by reopening his law firm, and teaching the law to students. Stockton developed cancer of the lip and died at Morven on February 28, 1781. Richard Stockton is memorialized in a number of locations throughout New Jersey. Two of his sons went on to find success in politics and in the military. His son Richard was a lawyer and senator from New Jersey. His son Commodore Robert Field Stockton was a U.S. Navy officer who was a hero of the War of 1812. Robert also went on to serve as a military governor of California and senator from New Jersey.

Below are two links with more information on Richard Stockton: 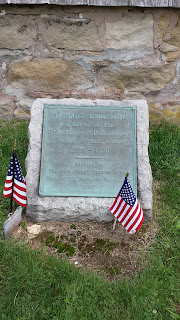 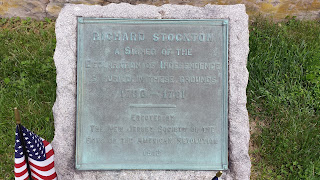 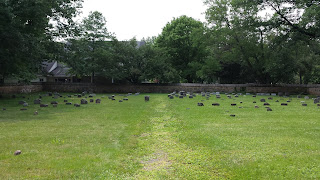 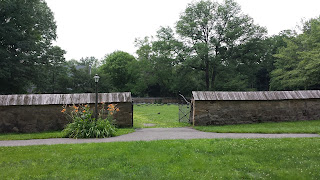 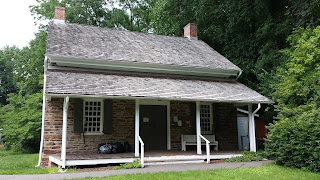 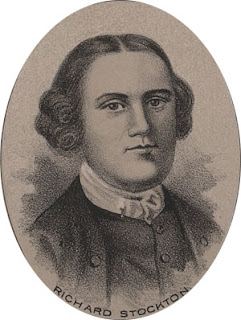