Waynesborough is a historic Georgian manor in Paoli, Pennsylvania. It was the home of Continental and United States Army General "Mad" Anthony Wayne for all of his life with the exception of the last five years. Wayne served in the Army from 1775-1783, and again from 1792-1796. Wayne was a veteran of the American Revolution and Northwest Indian War.

The home was built in 1724 by Wayne's grandfather Captain W.M. Wayne. His son, Captain Isaac Wayne, enlarged the home in 1765, and a wing was added in 1812. The home now houses a collection of Wayne family artifacts, including Anthony Wayne's own map of the Paoli Massacre (September 20, 1777).

Below are two links with more information on Waynesborough, along with some photos that I took during my recent visit: 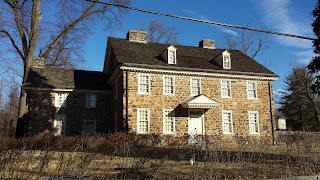 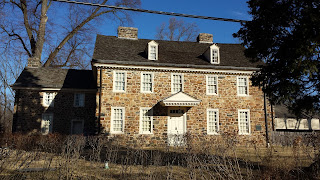 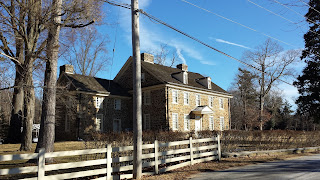