Anthony Wayne was born on New Year's Day in 1745 in Easttown, Pennsylvania to Isaac Wayne and Elizabeth Iddings. Wayne was born on his family estate Waynesborough. Isaac was part of a Protestant Anglo-Irish family that had emigrated to Pennsylvania from Ireland. Wayne studied as a surveyor under his uncle and at the College of Philadelphia (now the University of Pennsylvania).

In 1775 at the outset of the American Revolution, Wayne raised a militia unit in Pennsylvania. In 1776, he was appointed colonel in the 4th Pennsylvania Regiment. His actions during the unsuccessful Invasion of Canada (1775-1776) resulted in his promotion to brigadier general in the Continental Army on February 21, 1777. Wayne served with distinction throughout the American Revolution and participated in a number of the famous battles including Brandywine, Germantown and Monmouth. His most famous victory of the war was on July 16, 1779 at the Battle of Stony Point in New York. Troops under the command of Wayne assaulted British troops at the outpost of Stony Point under the cover of darkness. The outpost was located on the cliffs overlooking the Hudson River, and was about 30 miles north of New York City. The victory served as a morale booster for the Continental Army. The victory also helped to solidify the Continental Army's hold on West Point. This daring assault led to Wayne being nicknamed "mad."

Following the British surrender at Yorktown, Wayne was sent to Georgia where he negotiated treaties with the Cherokee and Creek, two Native American tribes that had previously supported the British during the war. Wayne was awarded a plantation from the state of Georgia for his negotiation of these treaties on behalf of the United States government. Wayne was promoted to major general on October 10, 1783.

After the war, Wayne moved to Georgia where he ran for Congress in 1790. Wayne served a year in Congress before being removed by a Congressional committee that determined that he had won the seat through electoral fraud. The committee claimed that Wayne did not meet the residency qualifications to serve as Georgia's 1st Congressional District representative.

Wayne was later recalled to military service by President George Washington who placed him in command in the newly formed Legion of the United States. Wayne was ordered to take this army to the Northwest Territory to subdue the Native Americans of the Western Indian Confederacy who resisted the annexation of their lands by the United States government. Wayne mounted an assault on these tribes at the Battle of Fallen Timbers on August 20, 1794. Wayne's victory near present-day Toledo, Ohio, led to the Treaty of Greenville on August 3, 1795. This treaty opened the door for the settlement of Ohio and led to the state joining the Union in 1803.

On December 15, 1796, Wayne died of complications from gout while returning to Pennsylvania from a military garrison in Detroit. Wayne was buried at Fort Presque Isle in modern-day Erie, Pennsylvania. His body was disinterred in 1809, and his remains were boiled to remove the remaining flesh. His son Isaac Wayne put his father's remains in two saddlebags and carried them back on horseback to the family plot at St. David's Episcopal Church cemetery. Legend has it that a number of Wayne's bones were dropped along the way on a road that now makes up much of modern-day U.S. Route 322, where his spirit returns every January 1st to search for his missing bones.

Below are several photos along with three links with more information on Major General Anthony Wayne: 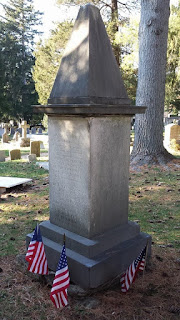 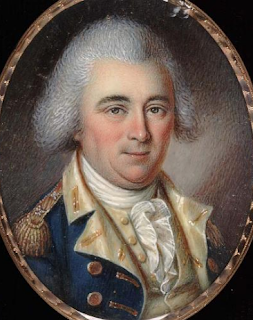 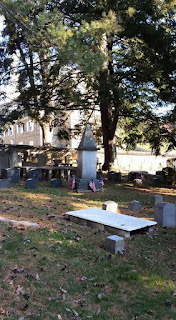 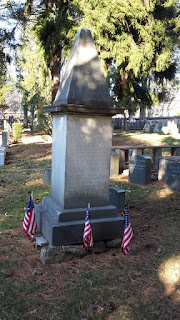 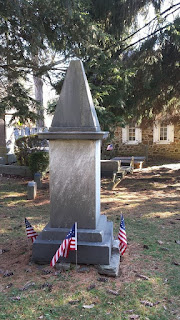 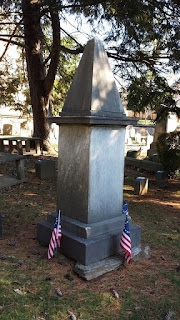 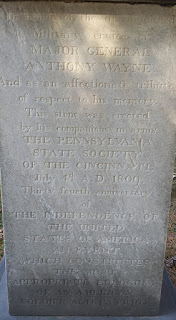 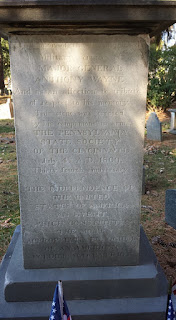 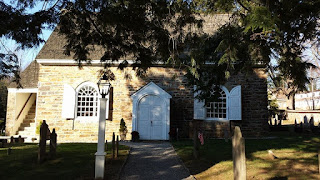 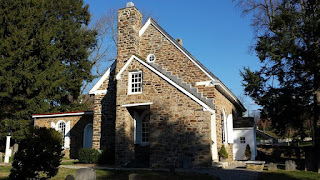