Joey Giardello was a champion middleweight boxer who fought primarily out of Philadelphia and other northeast cities. Giardello was born in Brooklyn in 1930, but spent most of his life in the East Passyunk Crossing area of South Philadelphia. Giardello was a top the middleweight division rankings for 15 years. He fought a number of bouts against well-known fighters such as Gene Fullmer, Sugar Ray Robinson, Dick Tiger and Rubin "Hurricane" Carter. On December 7, 1963, Giardello defeated Dick Tiger for the World Middleweight Championship. Giardello defended the title four times in less than two years. A notable defense of the title took place in 1964, when he faced Rubin Carter. This title defense is at times remembered as ending in a controversial decision because of the way in which the fight was depicted in the 1999 film The Hurricane. However, most boxing experts believe that Giardello decisively defeated Carter in this bout. On October 21, 1965, Giardello was defeated by Dick Tiger for the title.

Giardello's final fight was on November 6, 1967 against Jack Rodgers in Philadelphia, PA. Following his boxing career, Giardello went into private business and was active in charity work. Giardello died on September 4, 2008 in the Philadelphia suburb of Cherry Hill, NJ.

The Joey Giardello statue is located in the neighborhood that Giardello called home for much of his life. The statue is not only a fitting tribute to Giardello, but also to Philly's rich boxing history.

Below are three links with more information on Joey Giardello, along with some photos that I took during my recent visit to the statue: 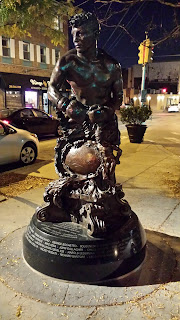 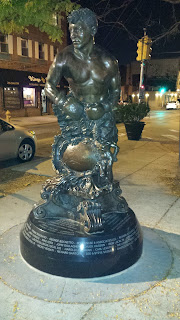 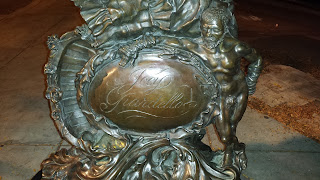 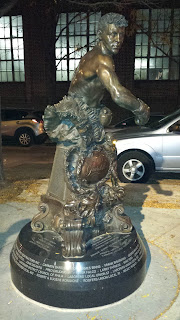 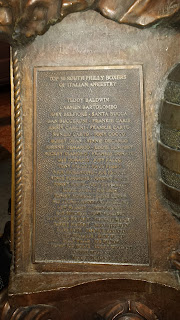 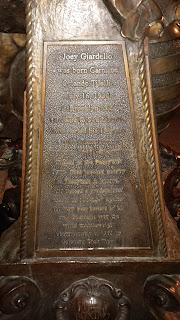 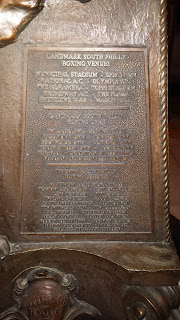 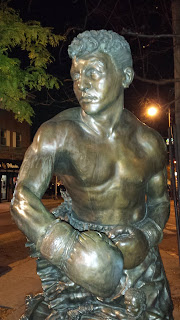 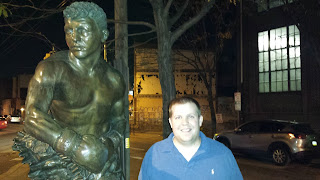 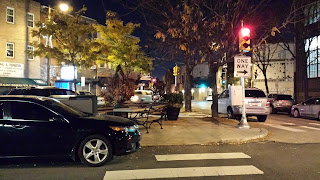 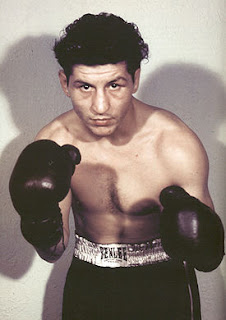