Below is a write up from the National Park Service website along with some photos I took during my recent visit:

"The history of the King of Prussia Inn begins in 1719, when William Rees, Sr. purchased 150 acres of land from his father. The Rees's, like most families in 18th-century Pennsylvania, were farmers. There is evidence that the Rees dwelling was a small, frame, two-room, 1½-story structure, typical for farmers of that period.

When William Rees, Sr. died in 1756, his estate passed to his son, William, Jr. Unlike his father, the younger William Rees was not interested in agriculture. He rented out his farmland and began a tavern business in 1769, having constructed a large new stone addition to his parent's farmhouse. William, Jr. was actively involved in running the inn for only three years, after which he turned his tavern license over to someone else. Rees died in April 1776, leaving his family in considerable debt.

By 1770, the place was referred to as “the Sign of Charles Frederick Augustus, King of Prussia.” There are several stories about how the inn received its name. One story said that the name was in reference to Frederick the Great of Prussia who assisted the British in defeating the French in the Seven Years War (known as the French and Indian War in North America). Another story said the inn was named for King Frederick the Great for his support of George Washington during the American Revolution. A third account states that a sign was hung outside the tavern honoring the German king to attract the German contingent participating in the American Revolution.

Over the years, there has been considerable speculation about the role of the inn during the American Revolution, particularly during the Valley Forge encampment. In September 1777, Sir William Howe and 15,000 British troops invaded Pennsylvania and quickly captured Philadelphia after defeating George Washington's army at the Battle of Brandywine. That winter, the Continental Army went into camp at Valley Forge, which was very close to the King of Prussia Inn. According to James Thomas Flexner, in his biography on George Washington, he made the decision to move his troops at an inn about a mile from Valley Forge.

Considering how close it was to the encampment, the assumption that Washington, his officers, and their men spent time at the inn is logical. Local tradition states that George Washington and a number of his officers ate and slept there. The inn was also reputed to have hosted British officers and loyalist spies. Masonic lodge meetings (Masons are part of a universal brotherhood of men dedicated to serving God, Family, Fellowman, and Country), presided over by Washington, are also said to have taken place at the King of Prussia Inn. There is unfortunately no documentary evidence solidly linking the inn to any of the famous names associated with Valley Forge.

The known connections between the King of Prussia Inn and the Revolution are more ordinary than what tradition passed down through the years. James Berry, who managed the business during the war, was in fact an officer in the militia, and Griffith Rees, William Jr.'s son, served as a private and was wounded in a skirmish with British forces near Darby, Pennsylvania, in October 1777.

The family struggled to keep the inn and the farm going, but to no avail. Two years after the official end of the Revolution (1783), the Rees family sold the King of Prussia Inn and surrounding farmland to John Elliot, Sr., who made a series of improvements to the property. Elliot demolished the original log or frame dwelling and constructed a 2½ story stone addition onto the east end of the building.

Elliot and his wife Sophia ran the inn and its supporting farm for the next 35 years, and it was then that the inn reached its height as a social center for the surrounding community. In addition to its role as a place of entertainment, the inn served as an informal town hall where meetings were held and as a collection point for U.S. taxes.

John Elliott, Jr. and his wife also farmed the property and operated the inn, which, by the 1860s, was known as the King of Prussia Hotel. The change in name most likely came about because of pressure from the temperance movement, which sought to restrict the consumption of alcohol. The term “hotel” served to distance the King of Prussia from its less temperate past.

James and Madeline Hoy acquired the property shortly after Elliott died in 1868. They turned the farm into an up-to-date mechanized agricultural operation. The Hoys possibly added the two-story veranda to the front of the building and the porch built onto the rear of the western half of the inn.

James Hoy died in 1886, and for the next 20 years his widow, Madeline, ran the farm and presided over the hotel. After Madeline Hoy sold the place in 1906, the King of Prussia went through a period of relatively short-term occupations until Anna Heist bought it in 1920.

Anna Heist took advantage of the American's newfound love of the automobile and interest in their colonial past, by turning the King of Prussia Inn into a modest tourist attraction. Anna Heist continued to operate the King of Prussia Inn until 1952 when the Pennsylvania Department of Highways acquired the property. Ironically, the automobile, which saved the inn from possible oblivion earlier in the century, now proved to be a threat. The rapidly growing suburbs outside of Philadelphia required improved highways, and Route 202, like many other roadways, was widened and divided to handle the increased volume of traffic.

For nearly 50 years, the inn slowly fell into a state of decay despite local efforts to perform maintenance. By the early 1990s it became clear that additional improvements to the local roadways were necessary to ease traffic congestion and improve safety. Such improvements would clearly impact the historic inn and options to move, demolish, or retain the building were investigated. Because of its connections with the American Revolution and the inn's role in the development of the community, it was listed in the National Register of Historic Places in 1975. This listing required PENNDOT to assess the affects of the proposed highway improvements. After careful consideration, public meetings, and engineering studies, PENNDOT and the Federal Highway Administration determined that the best way to minimize damage was to conduct both archeological and architectural investigations of the inn, and then actually pick it up and relocate it!

While PENNDOT developed engineering plans to move the inn, found a suitable new location, and identified a new owner; researchers investigated the architectural history and archeology of the inn. The hope was that those investigations would provide some insights into the development of the property and shed some light on the daily lives of the people that lived and worked at the King of Prussia Inn." (http://www.nps.gov/nr/twhp/wwwlps/lessons/119king/119facts1.htm) 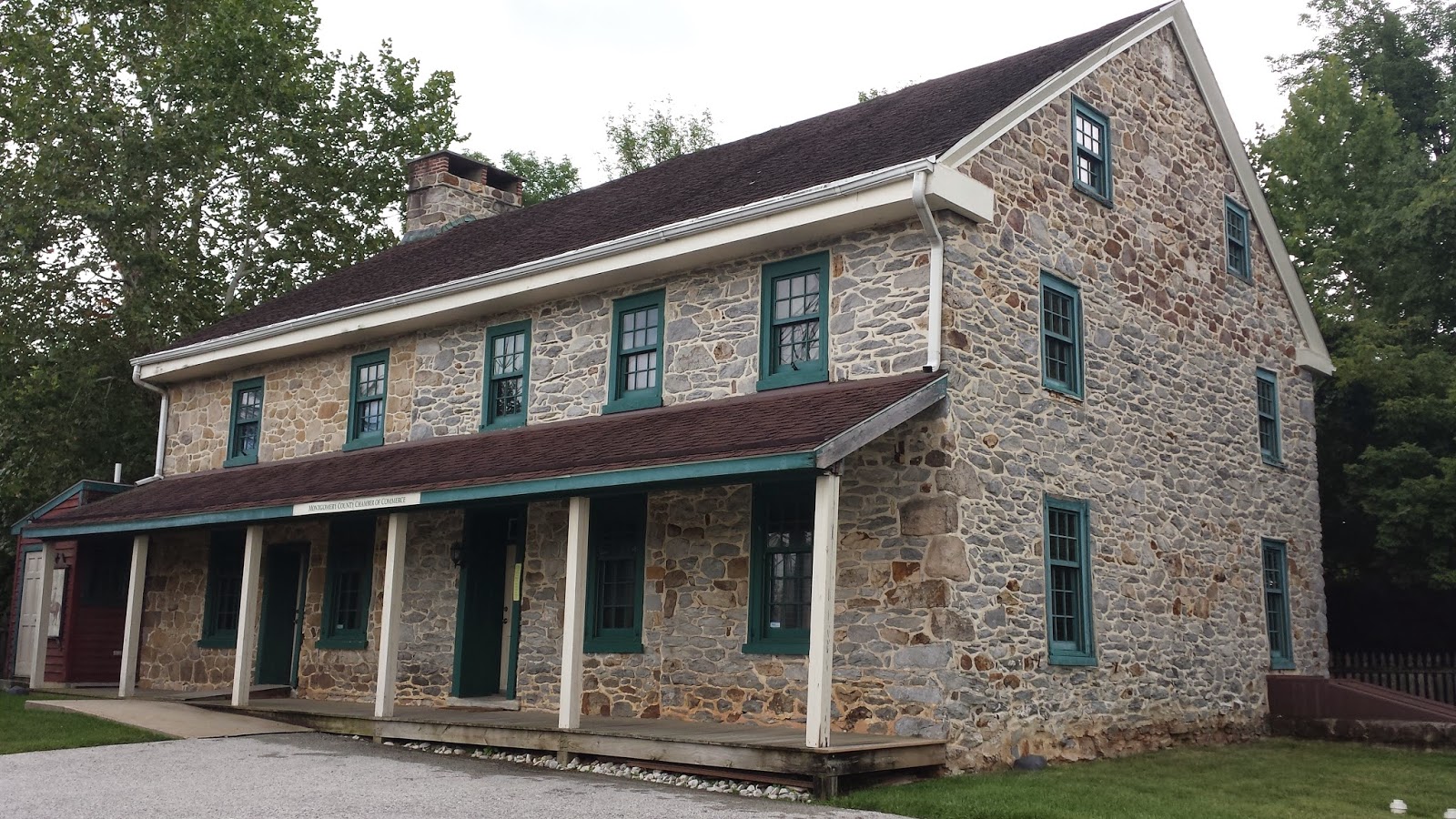 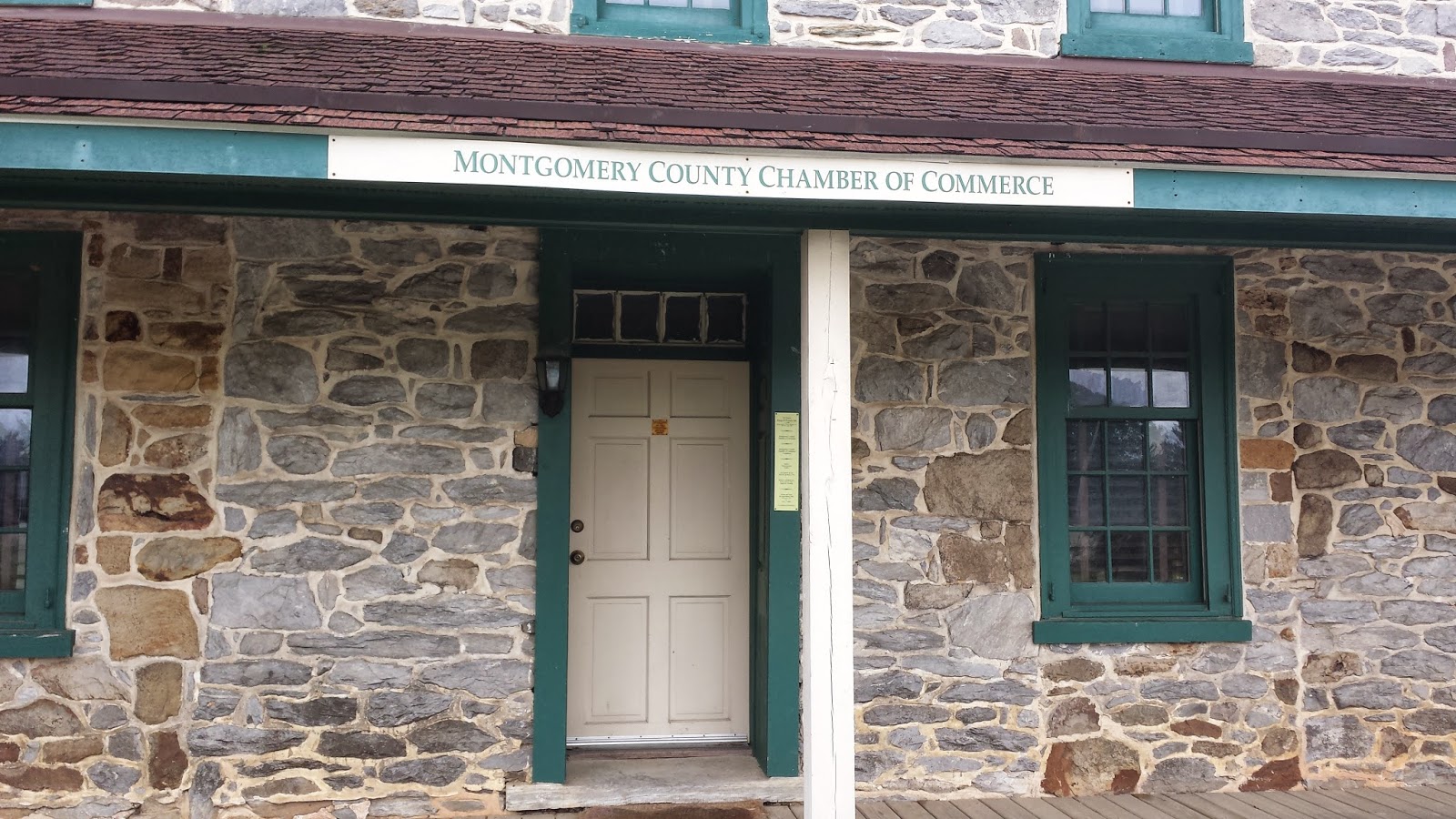 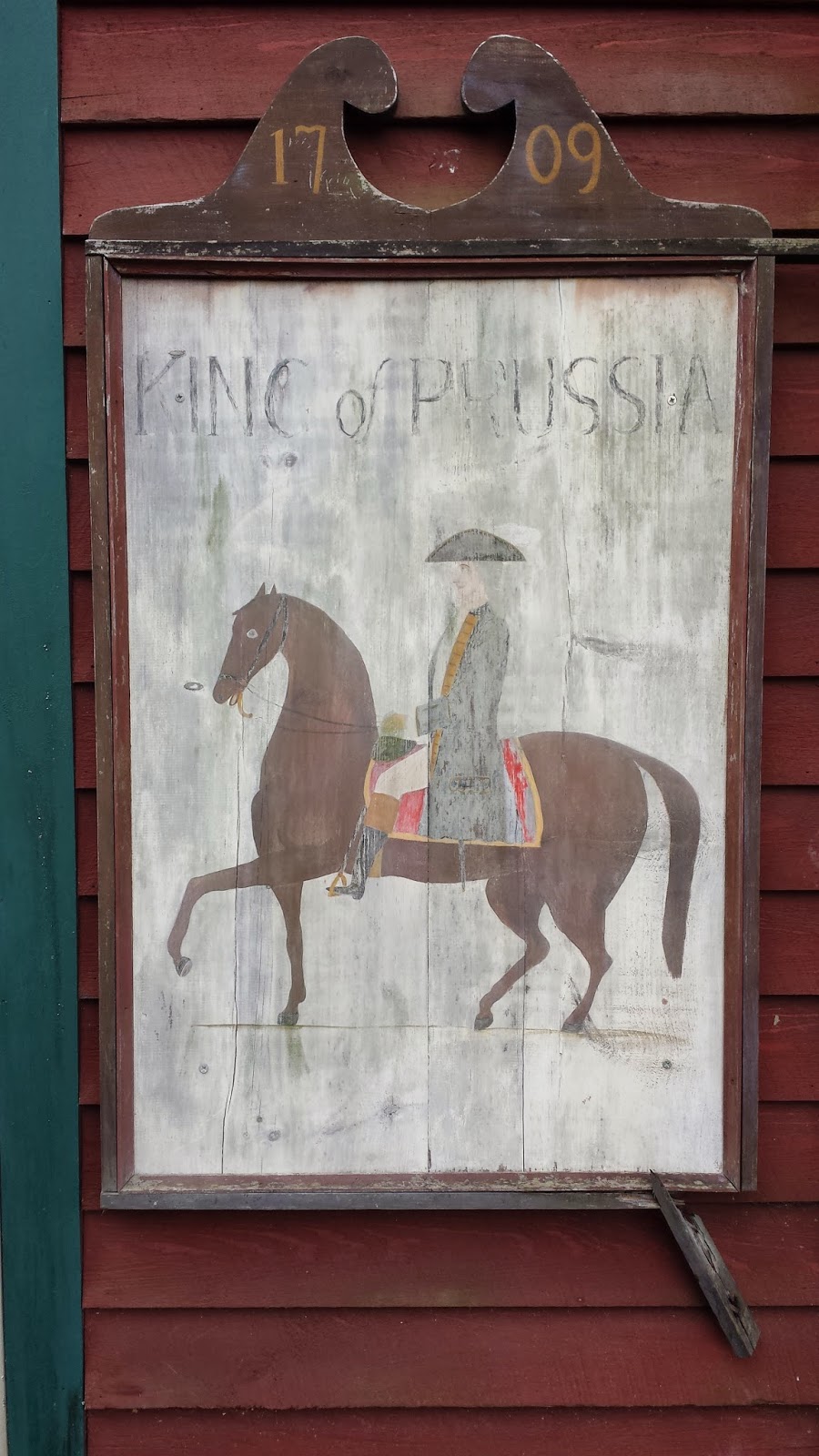 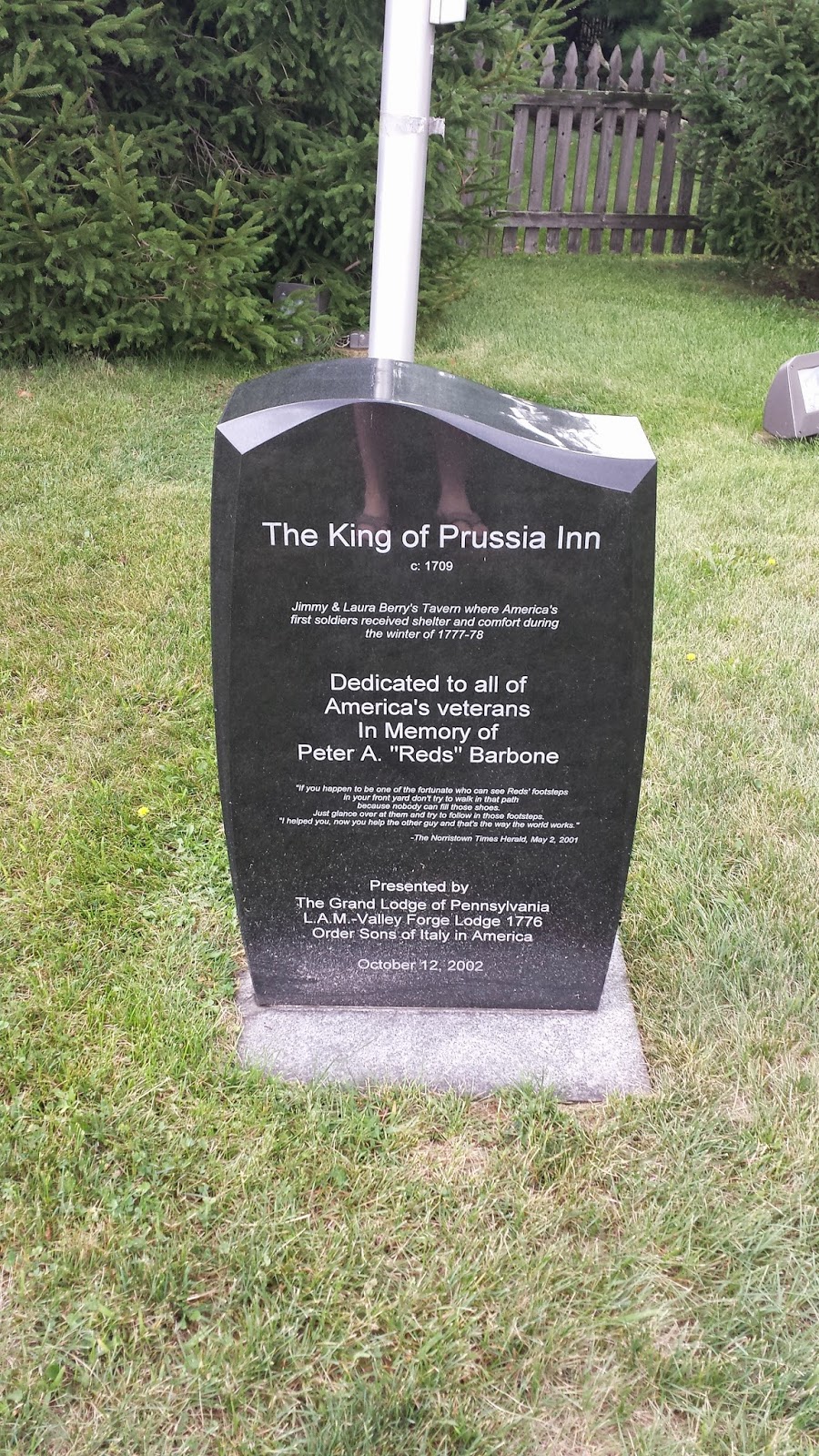 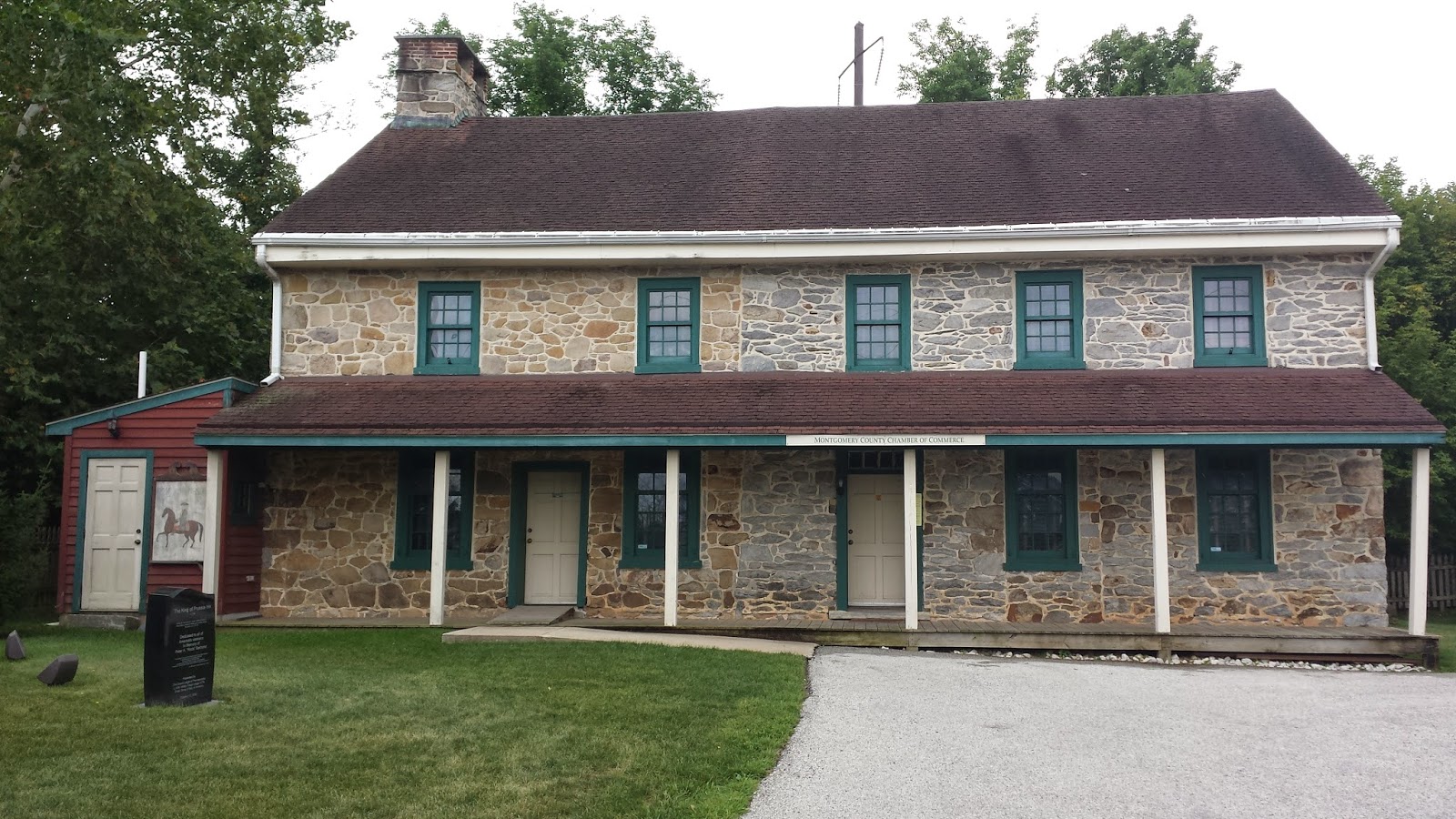