Nothing says civil disobedience in colonial America like the destruction of British tea... When most Americans hear "Tea Party" they either think of the Boston Tea Party or a right wing political group. However, in 1774 colonists in what is now Greenwich Township, Cumberland County had a tea party of their own. Today, close to the location, in which the party took place, stands a monument dedicated to the event and people who made this party happen. I visited this site on a rainy afternoon on November 1, 2014. The monument is located in an area of Greenwich Township that is loaded with 18th and 19th century history. I highly recommend going on a weekend afternoon stroll down Ye Great Street.

Below is a write up on the Greenwich Tea Party from the official Cumberland County, New Jersey website, along with some photos I took on a recent visit to the monument:

"Liberty was not cradled in Philadelphia alone. The spirit was also alive in the inhabitants of Cumberland County when they destroyed a cargo of tea in 1774.

Forty miles from Philadelphia, was (and still is) the little town of Greenwich, the principal settlement of Cumberland County in 1774. It was founded in 1675 by John Fenwick and is older than Philadelphia, which was not founded until 1682. The hand of time has hardly touched Greenwich. It is much the same today as it was three hundred years ago, when the British flag flew high over it. Today you will still find a wide street, which they still call "Ye Greate Street." It was laid out in 1684 and its course has never been changed.

The Cohansey creek is a navigable stream of some size running through the county of Cumberland and emptying into the Delaware Bay. In the autumn of 1774, the quiet inhabitants along the banks of the creek were startled by the appearance of a British brig called the "Greyhound." Sailing about four miles up the Cohansey, the brig stopped at the village of Greenwich, which was the first landing from its mouth. She was laden with a cargo of tea sent out by the East India Tea Company, which was undoubtedly under the impression that the conservative feelings and principles of the people of New Jersey would induce them to submit quietly to a small tax. The result showed that the temper of the people was little understood by the East India Tea Company.


Having found an English sympathizer, a Tory, as they were called, one Daniel Bowen, the Greyhound's crew secretly stored the cargo of tea in the cellar of his house. However, this unusual procedure was noted by the citizens who immediately appointed a temporary committee of five to look after the matter until a county committee might be appointed.

A general committee of thirty-five was later appointed, with representatives from Greenwich, Deerfield, Jericho, Shiloh, Bridgeton, Fairfield and perhaps other places.

News of the Boston Tea Party had already reached Greenwich and the defiant example was regarded by many of the local settlers as worthy of their own contempt for the British. Fate now presented them with a ready-made opportunity to duplicate the act.


On the evening of Thursday, December 22, 1774, a company of about forty young Whigs, disguised as Indians, entered the cellar of Bowen's house. They took possession of the whole cargo, conveyed the tea chests from the cellar into an adjoining field, and piling them together, burnt them in one general conflagration.
Thus, the patriots of Cumberland County living in Greenwich expressed their discontent by reacting to oppressive governmental measures. They had clearly taken a stand for independence and democracy.
Greenwich has been granted the distinction of being one of the five tea-party towns in America, the others being Charleston, Annapolis, Princeton, and Boston. In 1908 the monument seen above was erected in the old market place on Ye Greate Street to commemorate the burning of a cargo of British tea December 22, 1774." (http://www.co.cumberland.nj.us/content/163/233/403/) 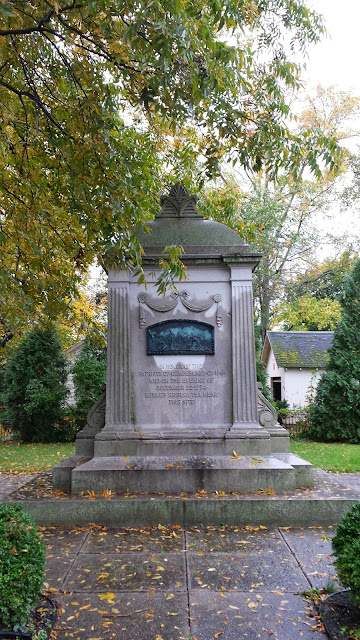 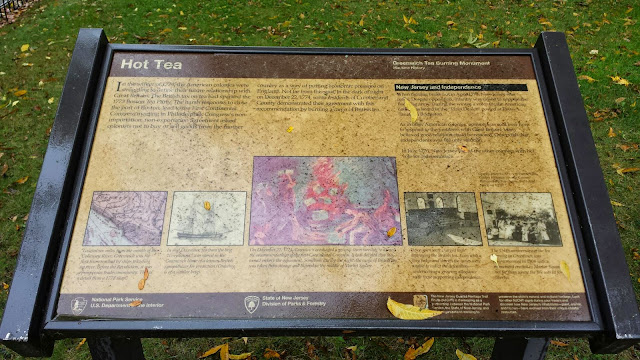 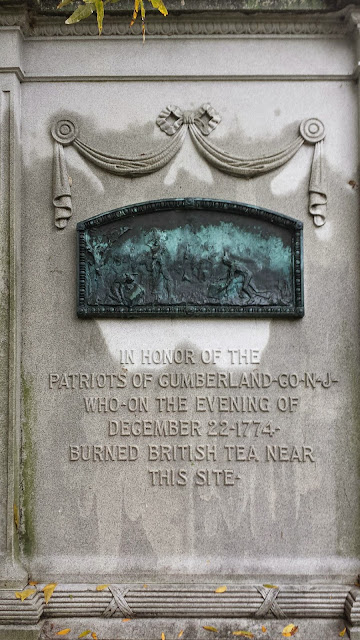 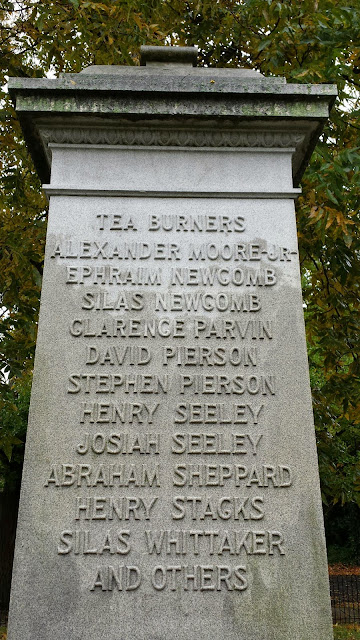 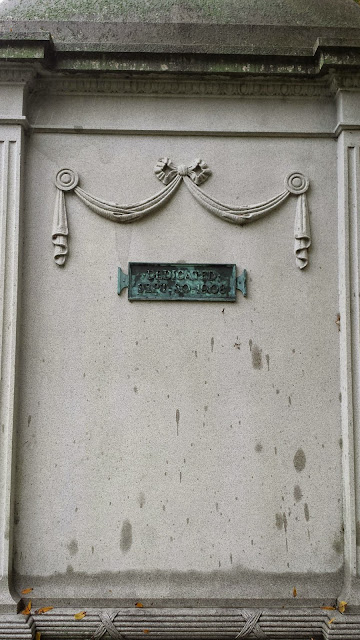 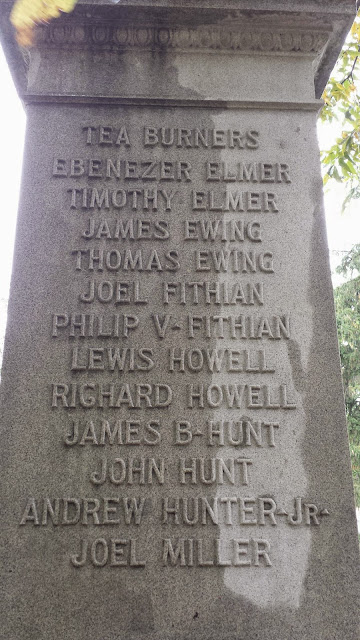 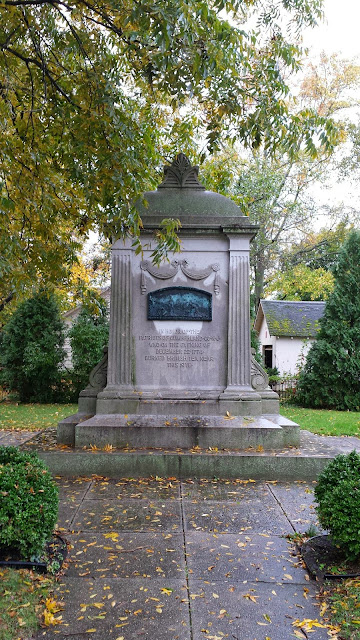 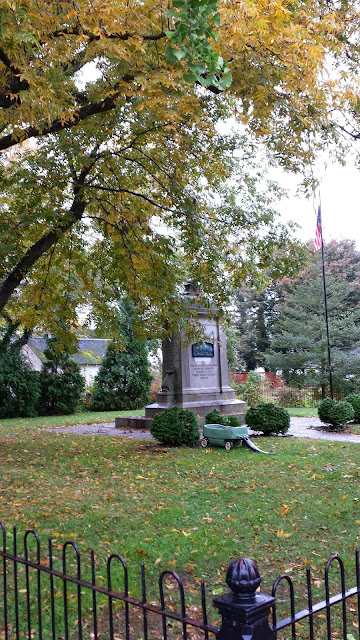