This marker in Chatham, NJ marks the site of where one of New Jersey's most historic and well known newspapers was once printed. The newspaper was founded in 1779 by Revolutionary War Soldier, editor, and printer Shepard Kollock.

"New Jersey Journal - During the Revolution, former soldier Shepard Kollock printed The New Jersey Journal on this site 'to maintain the cause of freedom' and serve the army in Morristown. The Journal, North Jersey's only wartime newspaper, founded in 1779, later thrived in Elizabeth from 1786 to 1991." (Morris County Heritage Commission)

Below are three photos that I took yesterday of the marker. 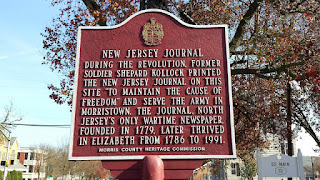 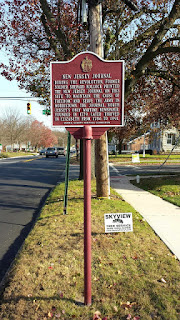 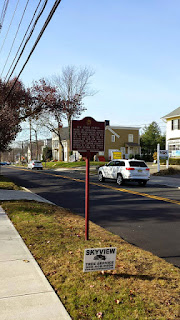