Captain Joshua Huddy Park is the site of the April 12, 1782 hanging of Captain Joshua Huddy. Huddy was a captain in the Monmouth County Artillery, who had been captured on March 24, 1782 by defending the Toms River blockhouse from a British attack. Huddy's death at the hands of the Tories was in retaliation for the death of a Loyalist by the name of Philip White. White had died in the custody of Patriot forces. When Huddy's body was found the day after his execution, there was a note on his hanging body that said, "Up Goes Huddy for Phillip White.”

The execution of Joshua Huddy caused outrage amongst New Jersey Patriots. These Patriots sought retribution for Huddy's death, and petitioned General George Washington. As a result of this petition, a young British officer named Charles Asgill was selected to be executed. Asgill's mother and French government officials expressed their desire that the life of Charles Asgill be spared. The American government spared the life of Asgill believing that his execution would look poorly on the new nation. Asgill returned to England in December 1782. This event became known as the Asgill Affair.

There are numerous sites in Monmouth and Ocean counties that are associated with Captain Joshua Huddy. Throughout the war he became a sort of folk hero to the Patriot cause. I have had the opportunity to travel to many sites associated with Huddy over the last couple of years. Be on the lookout for more blog posts about Joshua Huddy in the next few months.

Below are links to sites that have more information on both Joshua Huddy and Charles Asgill. I also included a few photos of Captain Joshua Huddy Park during my recent visit: 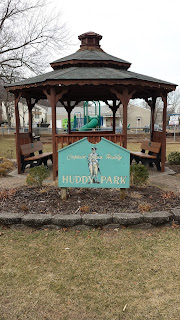 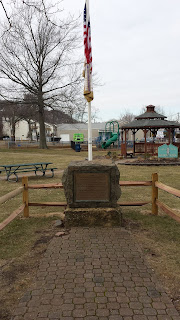 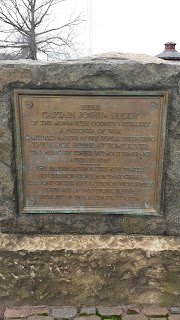 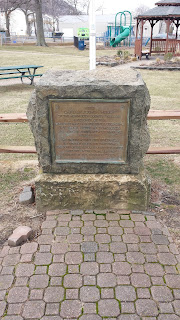 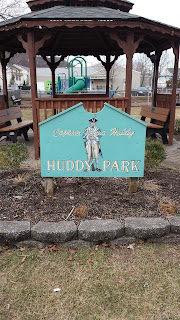