The finest tribute, outside of the International Boxing Hall of Fame, that I have seen to a professional boxer to date is the Joe Louis Memorial Park in Pompton Lakes, NJ. This park is located just behind the Pompton Lakes Elks building. Pompton Lakes is a quiet suburb of New York City that once served as a training location for former boxing world heavyweight champion Joe Louis. The "Brown Bomber" was not only a world champion boxer; he was also a patriot and philanthropist. Louis served his country during World War II and had significant charitable impacts on the communities that he lived and worked in. The next time you are in North Jersey, I highly recommend taking some time out of your day to stop by this little-known history gem!

Below is a write up on the park from the "New York Times" website, along with some photos I took during a recent visit:

Sports of The Times; The Monument Where Joe Louis Trained

"WHEN Joe Louis was the heavyweight champion, he put this leafy little town on the map.

'When I was in the Pacific during the war,' Russ Pagana, a retired contractor, was saying, 'guys would ask me where I was from. When I'd say, Pompton Lakes, N.J., they'd say, 'Yeah, that's where Joe Louis trains.'

And now the town has put Joe Louis on a monument.

Created by Anthony Sgobba in glossy South African black granite, Joe Louis's life-size likeness is on a monument dedicated here yesterday in what is now Joe Louis Memorial Park next to the Elks Lodge #1895, a left jab away from what was Doc Bier's training camp, where Louis prepared to knock out, among others, Max Schmeling and Billy Conn (twice).

'As kids, we'd watch Joe train on Sunday,' Pagana recalled, 'then we'd go to the movies at the Colonial theater on Saturday and watch the Movietone news of what we had watched.'

'When he did his roadwork,' said Howard Ball, a former editor of the local Suburban Trends newspaper, 'he'd stop to talk to my grandmother in her rocking chair on our porch. I'd peek through the window to see him.'

After a local resident died in 1935 and before an ambulance arrived from a nearby town, Louis boxed an exhibition that raised $2,600 to buy Pompton Lakes its own white Packard ambulance. He raised $2,000 to help build a police communications tower.

And every so often, Lou Duva, then a teen-ager in nearby Paterson, hitch-hiked here to watch the champion train.

'Nobody trained like Joe Louis,' recalled Duva, the 77-year-old Hall of Fame trainer. 'He always wore white knit trunks with a white tank top, black boxing shoes and white socks. He was all business. On the weekends, there'd be as many as 5,000 people around the outdoor ring under the trees next to the big house where he and his sparring partners lived.'

For a big fight now, boxers don't train like that. They stay in casino-hotels now. They spar in glitzy ballrooms with chandeliers.

'And now they all have their entourages,' Duva said with a smirk. ''Every lawyer, every accountant, every hustler is hanging around.'

Duva and the Pompton Lakes Police Chief Al Ekkers were the fund-raising co-chairmen for the Joe Louis Memorial Park and monument.

'The whole thing will probably cost $80,000 before we're through,' Duva said. 'We've raised a lot already, but I'll put up whatever we need to finish it. Coming up here to see Joe Louis train is where I learned to watch trainers train fighters. I never learned anything from fighters. I learned it all from the trainers.'

As early as 1923, boxers began coming to the barracks-like house next to the home of Dr. Joseph Bier, an eye-ear-nose-and-throat specialist who operated what he called a Health Farm on the shore of Pompton Lake in this tiny town of 3,000 in the woods and lakes of northern Passaic County. The population is now 11,500.

But in 1935, when Louis was about to come here to train for his first fight in New York, against Primo Carnera, at least one resident objected to the presence of a black fighter along with John Roxborough, a black manager, and Jack Blackburn, a black trainer. Doc Bier never blinked.

For most of Louis's fights in New York, they returned here. He considered Pompton Lakes his 'lucky camp,' especially after he trained at Lakewood, N.J., before being knocked out by Max Schmeling in the 12th round at Yankee Stadium in 1936.

Before his 1938 title defense against Schmeling at Yankee Stadium, Louis trained here, then knocked out Schmeling in 2 minutes, 4 seconds of the first round.

'What a great place this would be for a training camp,' Lou Duva was saying now. 'That house over there, that's where Doc Bier lived. I'd like to buy that house and use it as a training camp for some of my young fighters. Put up an outdoor ring like they had when Joe Louis was here.'

And it would be only a left jab away from the Joe Louis monument."
(http://www.nytimes.com/1999/05/30/sports/sports-of-the-times-the-monument-where-joe-louis-trained.html) 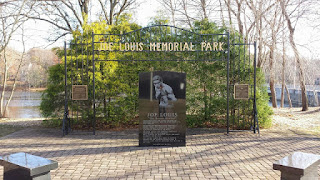 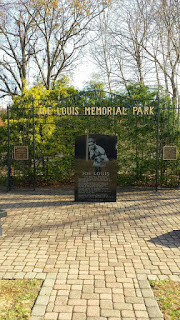 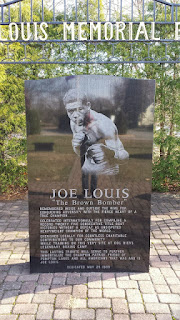 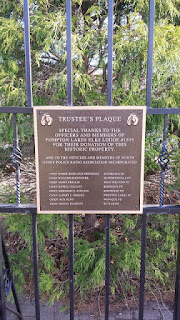 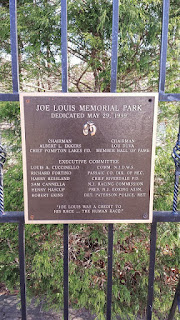 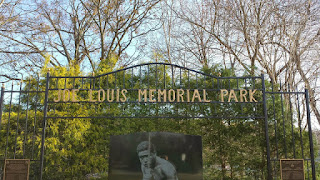 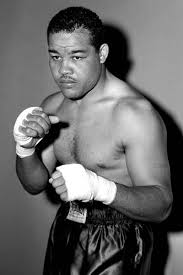